This is my project for the Wee Trees forum Styling Challenge.  The Forum runs these challenges from time to time and they are great fun.
Any way- I managed to pick up one of these imported Chinese Elm groups at less than half price from a local Garden Centre.  It looked a bit ropey as it had obviously been sitting around for a while and quite a few of the branches had died, but the trees had an unusual amount of movement so I thought it may be worth a punt. 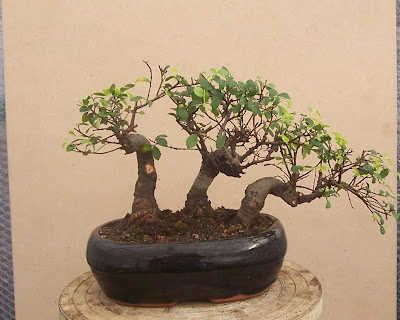 My plan was to integrate a rock and have the trees growing off the rock.   I made the rock feature by cementing together some pieces of slate. 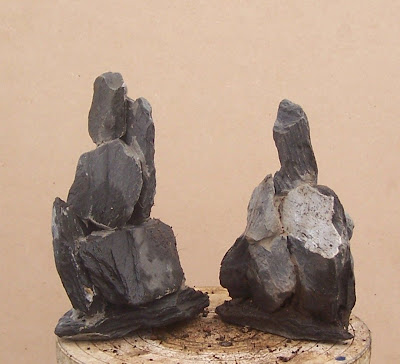 The trees where then taken out of their current pot and the roots were lightly trimmed. Any dead branches were removed. 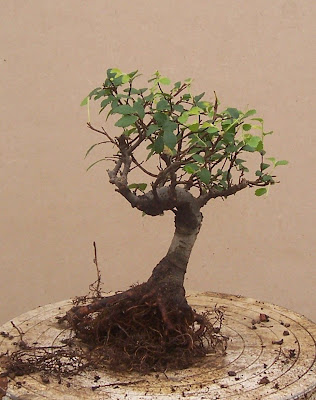 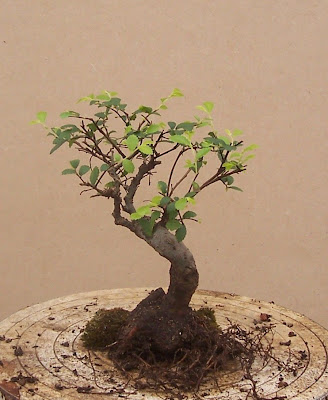 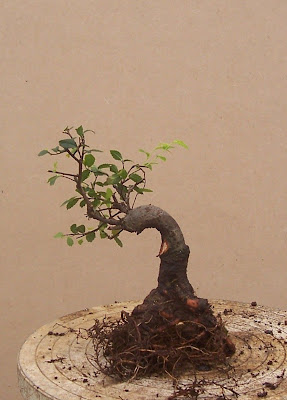 The trees were then temporarily placed on the rock in various configurations to find the best fit and visualise the most convincing image. 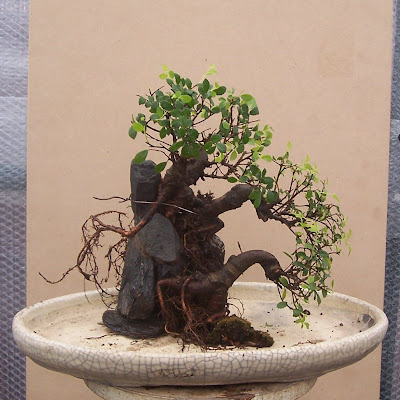 Some slight adjustment to positioning of the trees and some wire was needed to make sure the branch lines worked together. 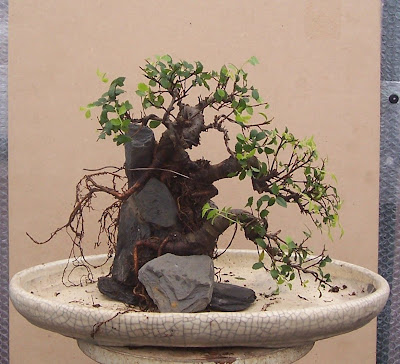 Time to put the whole thing together.  The rock was secured in to the pot with wire to make sure it would not cover the drainage hole. 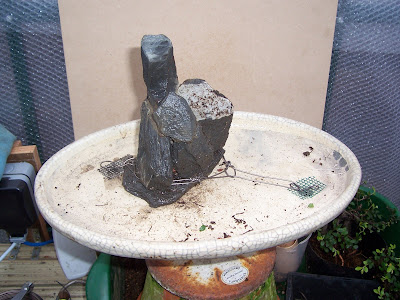 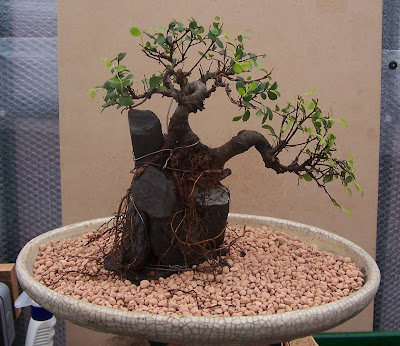 l i
The roots were then covered with a wet mixture of peat and akadama dust.  This will help to keep the roots active, as they will need to thicken up for a while. 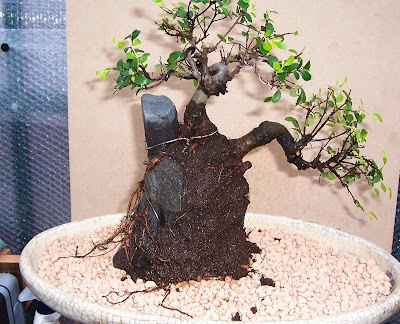 The third tree was then added and some soil and moss was applied to the planting.  The pieces of slate are temporary to hold the soil and moss in place. These will be removed as the trees establish themselves and the roots have extended into the soil. 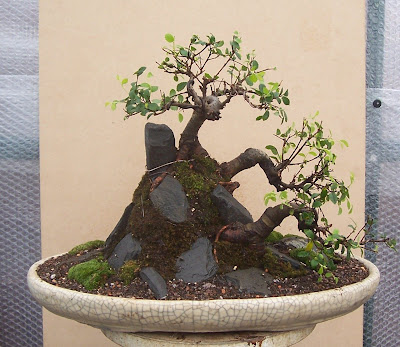 On reflection and feed back from the forum, the position of the middle tree was changed to make it more upright and to move the whole rock a little more off centre. 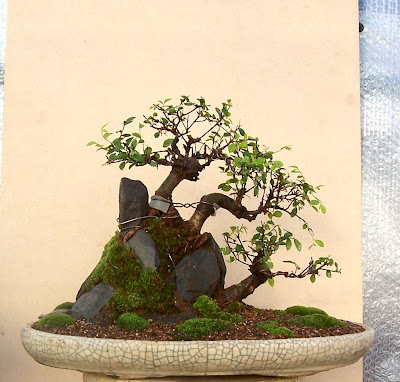 After a few months of growth, the group is filling out nicely and is starting to look ok.  I was able to remove some of the temporary slate to expose a little of the roots for the final image. 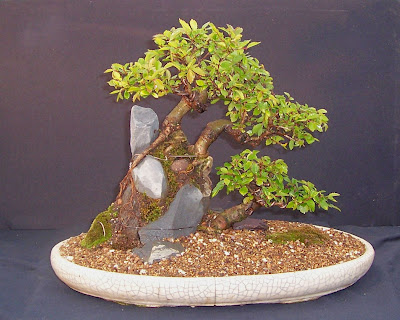